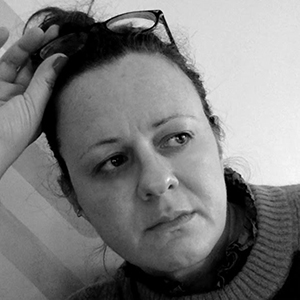 Olga Touloumi is Assistant Professor of Architectural History at Bard College. Her research concerns the role of architecture and media in 20th-century forms of liberal internationalism. Her book project The Global Interior: Modern Architecture and Worldmaking in the United Nations concerns the design and building of 20th-century public platforms for multilateralism and international relations. Touloumi has coedited Sound Modernities: Architecture, Media, and Design, a special issue of The Journal of Architecture that investigates how acoustics and mass media, such as the radio and the telephone, transformed modern architectural culture during the 20th century; and Computer Architectures: Constructing the Common Ground, 1945-1980, a volume of essays about the exchanges between designers and technologists that shaped computational discourses and practices in European and North American institutions. Her essay “Development Media” is forthcoming with the Aggregate edited volume Systems and the South. She has presented her work internationally and her writing has appeared in numerous journals and edited volumes, among them the Journal of the Society of Architectural Historians, Buildings & Landscapes, Journal of Architecture, and Harvard Design Magazine. She has been a visiting scholar at the Max Planck Institute for the History of Science and her research has been awarded fellowships and research grants from the National Endowment of the Humanities, Bard College, Harvard University, the Alexander S. Onassis Foundation, the Canadian Center for Architecture, and the Propondis Foundation. Touloumi is the cofounder of the Feminist Art and Architectural Collaborative (FAAC) and board member of the Center for Critical Studies in Architecture. She holds a PhD from Harvard University and a master of science from the Massachusetts Institute of Technology. Before arriving at Bard, she taught architectural history at MIT and at Harvard University.