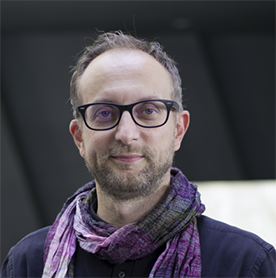 Roberto Fabbri is an architect, researcher and associate professor at Zayed University in the UAE. His professional and academic interests focus on narrative spaces such as heritage buildings and museums, preferably in the Global South. As an architect consultant with the United Nations Development Programme, Dr Fabbri participated in the rehabilitation of the Kuwait National Museum and completed the transformation of the American Missionary Hospital of Kuwait into a cultural hub. In the same period, he was also lead exhibition designer for Dar al-Athar al-Islamiyyah/Al Sabah collection. From 2016 to 2021, he taught at the University of Monterrey in Mexico and prior to that, was teaching at the University of Bologna in Italy and the American University of Kuwait. He regularly participates in international conferences – recently at Yale University, the University of Cambridge, King’s College London and the Institut national d’histoire de l’art in Paris. He has published extensively in academic journals, such as Domus; Faces, Journal d’architecture; and the International Journal of Islamic Architecture. He co-edited Urban Modernity in the Contemporary Gulf (Routledge, 2021) and co-authored the double volume Modern Architecture Kuwait 1949-89 (Niggli 2016, 2017). He published two books on the architectural works of Max Bill (Mondadori 2011, inFolio 2017) as well.