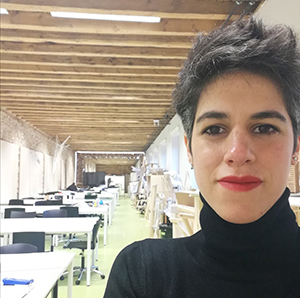 Marcela is Assistant Professor and Associate Director of Undergraduate Studies at IE School of Architecture & Design in Madrid-Segovia. She has a PhD in Architectural History & Theory from the Bartlett School of Architecture, University College London, and has taught and lectured widely across Europe and Japan. Marcela’s research examines the cultural, social and theoretical foundations in the production of adaptable architecture during the second half of the 20th Century, with a specific focus on the interactions occurring between Japan and the West. Part of her investigations have been devoted to the reflection of Cedric Price’s design and discursive work around his idea of Calculated Uncertainty, and the paradoxes between control and change in the architectural production of the 1960s. Now based in Spain, she is expanding her research towards topics situated in coastal environments within the Iberian Peninsula. In particular, she is currently looking at the conceptual and legislative principles that produced the proliferation of private gated communities in the Costa del Sol during the Franco regime.